Teaser Tuesdays is a weekly bookish meme, hosted by MizB of Should Be Reading.
Anyone can play along! Just do the following:

1. Grab your current read
2. Open to a random page
3. Share teaser sentences from somewhere on that page 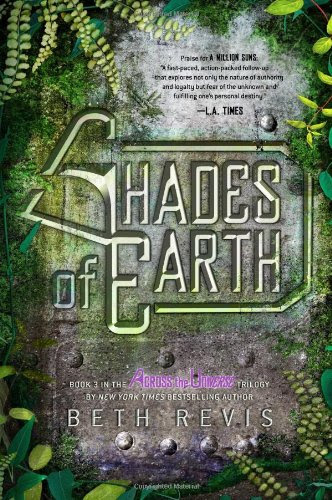 Teaser:
"I turn around.
The world is there, on the other side of the glass window.
The world.
Our world." pg. 14

"It was bad enough when we feared the planet. But the planet is an amorphous thing. Fearing it is like fearing nature. It did not want to kill us, it just did, much like a wild animal at hunt.
But to know that there's something specific, sentient, and malicious that's murdering us? Elder's theory about aliens is sounding more and more accurate." pg. 198

Amazon Info:
Amy and Elder have finally left the oppressive walls of the spaceship Godspeed behind. They're ready to start life afresh--to build a home--on Centauri-Earth, the planet that Amy has traveled 25 trillion miles across the universe to experience.But this new Earth isn't the paradise Amy had been hoping for. There are giant pterodactyl-like birds, purple flowers with mind-numbing toxins, and mysterious, unexplained ruins that hold more secrets than their stone walls first let on. The biggest secret of all? Godspeed's former passengers aren't alone on this planet. And if they're going to stay, they'll have to fight.Amy and Elder must race to discover who--or what--else is out there if they are to have any hope of saving their struggling colony and building a future together. They will have to look inward to the very core of what makes them human on this, their most harrowing journey yet. Because if the colony collapses? Then everything they have sacrificed--friends, family, life on Earth--will have been for nothing.FUELED BY LIES.RULED BY CHAOS.ALMOST HOME.
Posted by Unknown at 6:00 AM

Email ThisBlogThis!Share to TwitterShare to FacebookShare to Pinterest
Labels: across the universe, beth revis, books, shades of earth, teaser tuesdays